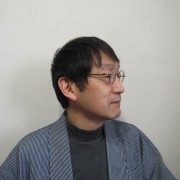 KOIDE Masashi [Animation Researcher and Professor, Tokyo Zokei University] Born in Nagoya in 1957. Graduated from Tokyo Zokei University, Department of Design (Film Major) in 1982. He took a professorial position at Tokyo Zokei University in 1988. Specializing in communication design, film and animation studies, he is involved in education and research in the area of communication design, education and research in animation theory, as well as planning and organizing activities including study meetings, seminars, workshops, exhibitions and film festivals. Koide is chairman of Japan Society for Animation Studies, a member of the board of directors for the Japan Society of Image Arts and Sciences (JASIAS), an executive committee member of Inter College Animation Festival (ICAF), a member of Japanese Society for the Science of Design (JSSD), Association Internationale du Film d’ Animation (ASIFA) and other organizations. He has recently published as a co-author and editor: Eiga Hyakka Daijiten (Film Encyclopedia) (Nihon Tosyo Center, 2008), Animation no Jiten (Animation Encyclopedia) (Asakura Syoten, 2012) and Gendai Design Jiten (Contemporary Design Encyclopedia) (Heibonsha, 2013), Japanese Animation: East Asian Perspectives (University Press of Mississippi, 2013年). 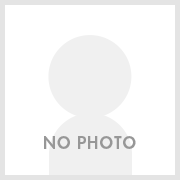 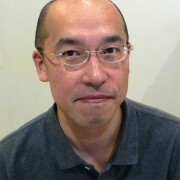 Filmmaker/Visual artist Born in Hokkaido. Graduated from TOKYO ZOKEI UNIVERSITY in visual design, then graduated from The School of the Art Institute of Chicago with an MFA in filmmaking. While making experimental films and video art works, he has reviewed animation, manga, and scale model, etc. on magazines and newspapers in the name of “Kenji Murasame” since the 1980’s. He was also concerned with New Chitose Airport theater project recently and organized Manga Exhibition in Sapporo Art Museum in 2013. A professor in the Department of Arts, Sports, and Cultural Studies at Hokkaido University of Education at present. 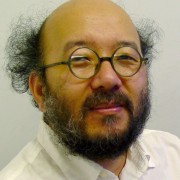 Born in Mie prefecture, Japan in 1964. After graduated Department of Graphic Design of Tama Art University, he has joined ROBOT COMMUNICATIONS INC. since 1987. He started his career as commercial film director, and then has worked on original animations by unique technique such as “Jam the HOUSENEIL”, “Nanami-chan” series and so on. His works are not only animation but also picture books, illustration and visual arts exhibition. Executive director of Japan Animation Association at present. 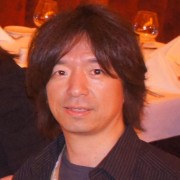 Born in Hokkaido in 1965.
Graduated from Hokkai Gakuen University in economic.
After working at Hokkaido University, he established the CryptonFuture Media, INC. in Sapporo in July 1995. He assumed the office of CEO reaches it at present.The company has a partner of 100+ companies in several countries around the world, it has license sales sound content of 10 million or more.The company’s slogan, “Sound the future.”
It performs construction and the technology development of the service that assumed DTM software, mobile contents, and the sound such as the sound distribution platform an inspiration. It is carried out under the company structure flat.
It has developed a “VOCALOID2 HATSUNE MIKU” in 2007 and sold 100,000 total unusual as DTM software.
Achievement that is sent overseas Japanese culture is highly valued,
he received the Medal with Blue Ribbon in the fall 2013.
Guest professor at Hokkaido Information University and Professor at the Kyoto College of Graduate Studies for Information. 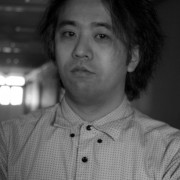 Born in Fukuoka prefecture, Japan in 1972. Graduated from Kyushu Institute of Design, and finished Image Forum’s workshop. He has published animation and media art works since 2000, such as “U-SA-GUI”, “Scripting Ghost”, “Room with a view – a story concerning borders or skin”, “ombre jack”, “DIGITAL-CINECALLIGRAPHY” and so on. A lecturer at Hokkaido University of Education at present.