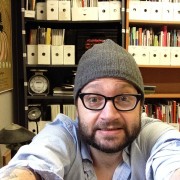 Chris Robinson is an Ottawa-based animation, film, literature and sports writer, and artistic director of the Ottawa International Animation Festival (OIAF). He also wrote the screenplay for the award-winning animated documentary Lipsett Diaries, directed by Theodore Ushev. As an author, program planner and historian, his contribution to the promotion of independent animated film earned him the 2004 President’s Award given by ASIFA-east, the New York chapter of the International Animated Film Association. His style is lively and direct. He is quick to speak out vigorously on various platforms and is famous for his outbursts and aversion to empty rhetoric. Robinson authors a column entitled The Animation Pimp on Animation World Magazine’s website. Robinson has also written on music, film, literature and sports for various international publications including Sight and Sound, Salon.com, Stop Smiling, Ottawa Magazine, and the Ottawa Citizen. His monthly literature column, “The Lit Pimp” appeared in the Ottawa Xpress from 2006-2010. Robinson published thirteen books between 2003 and 2011, including Stole This From a Hockey Card (2005), Ballad of a Thin Man: In Search of Ryan Larkin (2008), Love Simple (2009) and Time Out of Mind (2010). He is currently working with on My Balls are Killing Me, a graphic novel about his experiences with testicular cancer. 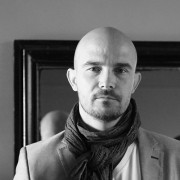 Jeremy Clapin (France) attended the Ecole des Arts Decoratifs de Paris. He has been active in a wide variety of fields: art direction,illustration, animator, director and also tennis teacher. He shares his time between commercials, independent short film and as a teacher. His film Skhizein, won more than 80 awards in festivals (including Annecy, Cannes and Clermont-Ferrand). In 2012, he joined PAPY3D Productions and directs Palmipedarium, entirely made using Open Source software (Blender). Currently he’s developing an feature film with Marc du Pontavice, for Xilam films productions.

He was born in 1963, Tokyo. He has been a critic interpreting relationships between image and music and also pursuing production of his work since an 8mm film he shot in his teenage years won a prize at “Pia Film Festival.” He teaches Sound and Design at Department of Animation, Graduate School of Tokyo University of The Arts, and serves as a coordinator and instructor at Department of Music of “The Film School Of Tokyo”. He joined the discussion meeting with Akira Asada and Junichi Konuma for collected music works “commons:schola film music” supervised by Ryuichi Sakamoto and also he cooperated comments on the music works. He is active in various media, such as writing commentaries on music and movies for magazines and books, Radio appearance, production of TV theme song and music, acting and producing music for films. He calls himself a STUDIST to express his whole activity.